I can’t believe I have never had a full body scan done before. It’s never crossed my mind to go in to see a dermatologist, and to make sure none of my freckles/moles were worrisome. But, today was the day! I was referred to Dr.Tareen by the owner of my salon. She had seen her before and spoke very highly of her.

I had no idea what to expect when I went in for this first time visit. Mostly I assumed they would look me over and send me on my way. That basically was the case, however, they do take what they find seriously. It was decided that 4 of my freckles/moles (not quite sure how to tell) were rather suspicious. Because of this, in a matter of minutes they were having me sign a waiver allowing them to take samples … I was petrified.

They assured me it was precautionary, which made me relax. However, I still had a lot of anxiety about the mini procedure about to take place. Throughout the entire time I had been in the room, the assistant to Dr.Tareen was phenomenal (bubbly, knowledgeable, and good at her craft). She was actually the one who started the procedure by numbing the areas.

I have to say, they did an outstanding job of making it hurt as little as possible (from upbeat conversation to a little vibrating machine they place near the area, which distracts you from the pain of the shot). It took only seconds before the area was numb. I honestly didn’t feel different, but apparently it did work. I knew that to be true when Dr.Tareen went in to scrape off her samples. I felt nothing!

My battle scar (3 more on my legs)

After that, it was a quick run though on caring for the spots as they healed, and out I was.

Holy Moley I couldn’t have asked for a more relaxed experience. I am glad it all happened so fast and that my samples are already on their way to the lab. I’m really not concerned with the results being negative. Even if they are, I would much rather know now, instead of finding out years down the road when things could be a lot worse! 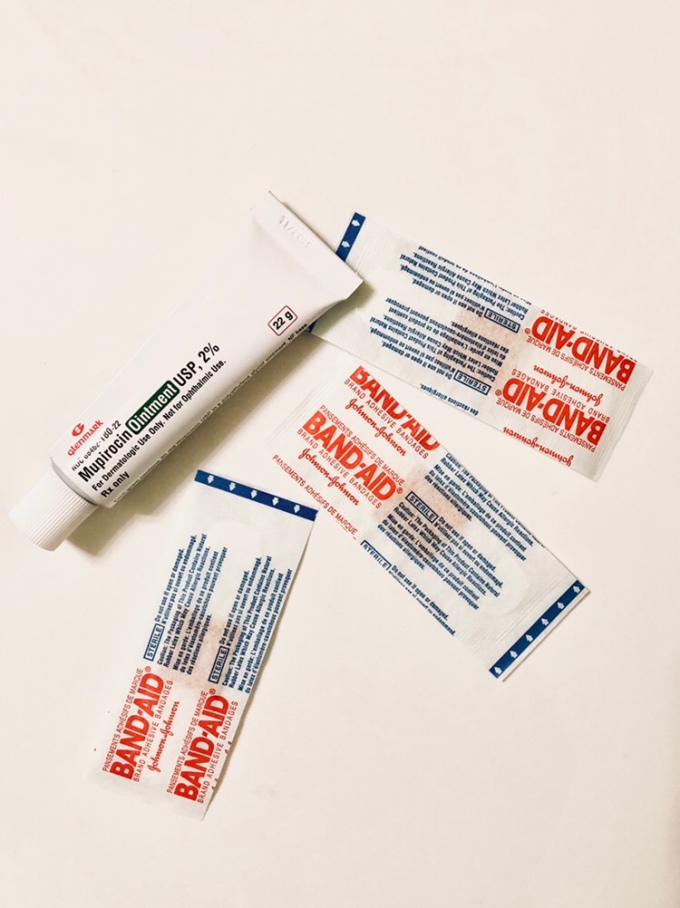 My daily regiment (so not bad)

I’m glad I took the time to do this, and so thankful for excellent dermatologists like Dr.Tareen. I had an amazing experience and I highly recommend everyone get checked out. My new routine now includes a monthly self exam and yearly office checkup. Seriously, blessed to have the option to have something like this done ❤️